Antoinette, Linda, Zandi and Shameema are four young women, who grew up in radically different worlds, they all explore one topic: their sexuality.

Through a series of sensitively dramatised interviews the four young women recount pivotal moments of trauma and ecstasy in their sexual development.

What makes their stories compelling is the absence of victimhood. These young women have the courage to confront the dark side and celebrate the joys of sex. 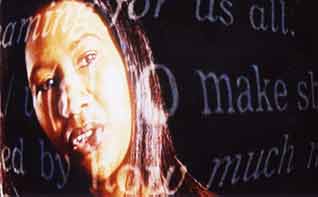 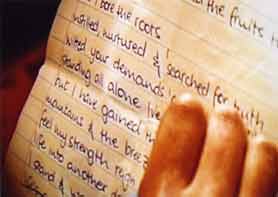 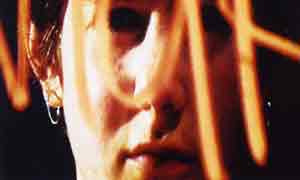 Praise for Doing it!

Kali van der Merwe's outstanding and courageous work" Doing it" is about young South African women's sexuality in a time where the AIDS epidemic is making sex itself one of the biggest threats to the living of young lives. This film, in its breathtaking honesty and openness, is a gift from its maker and subjects to all of us.

Kali van der Merwe, who directed Doing it! is a sculptor and her documentary about the sexual coming of age of four young women shows some brave disregard for rules. One is that you don't change modes halfway: for example, she arms her subjects with video cameras and looses them on other young women. You get films within a film, like roe within a fish. It shouldn't have worked but it does. 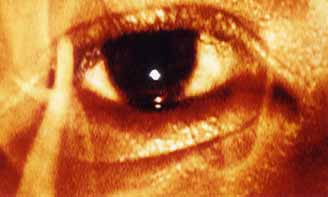 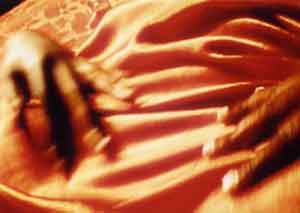 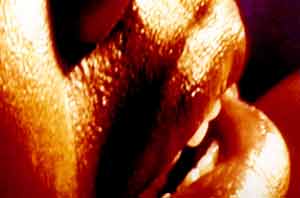 The National Film and Video Foundation 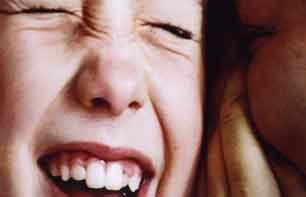 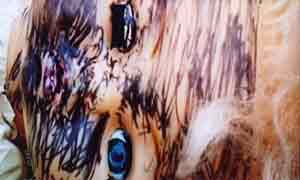 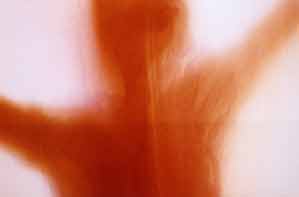 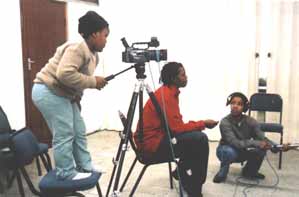 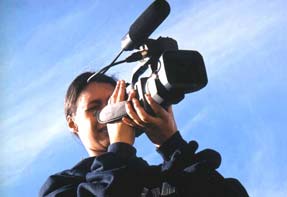 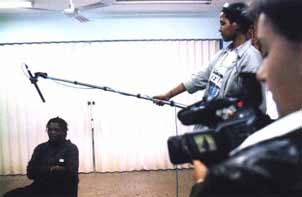 Motivation and Inspiration for Doing it!

“South Africa has formed part of a “make belief” world. You ask yourself, what is important and why don’t we see or hear our own faces and voices in the media?”

"The media should be the medium which can be used for us as young people especially girls to voice our views."

“Doing it!” was made with the purpose of raising issues and stimulating debate around youth sexuality and HIV/AIDS from a gender sensitive perspective.

Director Kali van der Merwe explains, “I felt I wanted to make something that would pay tribute to young women in this country who grow up with extreme forms of violence being perpetrated against them. I wanted to show how these women had faced adversity with bravery and creativity, turning things around for themselves.”

Sexuality is an under-explored topic in the media and this documentary aims to present it openly, honestly and in a way that is gender sensitive without dictating any solutions or being didactic. HIV/AIDS is one of the biggest challenges facing youth today and unless the myths, stereotypes, misinformation and culture of silence is broken we are going to continually see the alarming transfer rates of the virus. Youth do not want to be talked down to by adults when it comes to issues that affect them, peer education and counselling has proven to be remarkably effective when dealing with issues of sexuality and AIDS.

Youth have few role models in the media whom they can directly relate to and identify with; “Doing it” profiles four ordinary yet outspoken young women from racially diverse backgrounds who have grown up under difficult circumstances facing many challenges. These young women have had a lot to deal with in their short lives; abuse, HIV infection, rape, violent relationships and discrimination, issues that many other youth are currently facing. They have dealt with what life has thrown at them in remarkable and creative ways, turning adversity into strengths.

These ordinary young women have survived extraordinary circumstances yet have maintained an inspiration for life. They are girls “doing it”, role models for all young people. 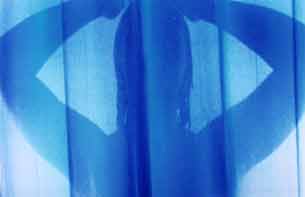 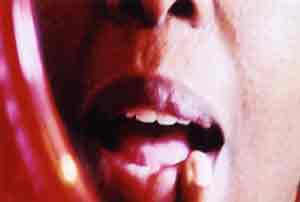 The making of Doing it!

Creation of intimacy in the documentary

Gabrielle Le Roux, an expert in gender, former director of Women's Media Watch and the process advisor on the documentary, suggested to begin with a workshop on sexuality involving both cast and technical crew. The well known sexologist Marlene Wasserman aka Dr. Eve conducted a 3 day workshop exploring all aspects of sexuality. Dr Eve made it abundantly clear that both participants and crew on the documentary would be expected to share equally. This process was essential to the making of the documentary as it allowed the young women to explore difficult and sensitive topics in a safe environment with professional help. Everybody shared intimate details about themselves during the workshop which made the filming process very comfortable and easy. Dr. Eve ran a follow up workshop and was also available during and after the making of the documentary to deal with any sensitive issues that came up.

The workshop was a great success bringing together both the crew and the participants to an intimate level of sharing and to deal with sexual issues that were unresolved or difficult in the young women's lives.

A verbal evaluation concluding the workshop named Dr Eve's facilitation as one of the main highlights. Her skill in creating a non-judgemental environment, her healthy refreshing attitude, her ease in communication, her creative exercises and the concept of the self as a goddess were singled out as most positive experiences. More than one participant felt that what had previously seemed like an insoluble problem now seemed like something that could be worked out with a bit of support and communication.

The group dynamic was spoken of as a highlight, as well as the meeting of new people and being stimulated to open up with others about personal matters. The immense value of hearing other's stories and educating each other through sharing life experiences in an environment where it was safe to feel emotion. There was much relief amongst the young women to find that others had similar fears, desires and thoughts.

Mathys Mocke, the camera person and only male at the workshop was thanked for providing his personal experience and helping to heal the hurt men had caused in the participant's lives.

The extent of sexual and other abuse the young participants had experienced in their short lives was truly shocking. 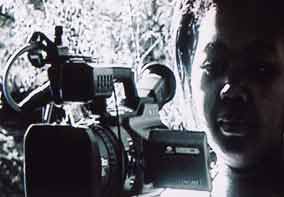 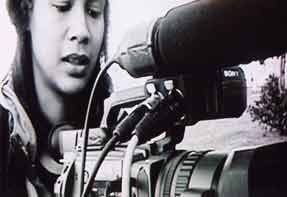 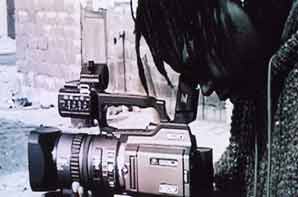 The making of this documentary involved training of young women in filmmaking skills. One of the aims and objectives of Other-Wise media  is to make awareness raising programmes while at the same time empowering those involved in the process with media skills.

The young women received training in filming, sound, interviewing and lighting skills. The camera training was facilitated by the director of photography, Mathys Mocke. This worked well as the young women were already familiar with him and as a facilitator he was able to take away the fear surrounding the technicalities of the camera.

After the training each young woman was required to perform the role of director. She chose her crew, she found her own interview subjects, chose the location where to film, prepared her questions and then directed the shoot on the day. The professional crew of "Doing it" were there just to film the young directors at work and not interfere too much except be of assistance when it was required. Each young women coped remarkably well with their briefs.

Montages of these sojourns are an integral part of the documentary, bringing in a fun exploratory element and some of the responses to the questions added much humour. It also shows the young women as active agents of the film and worked towards demystifying the media making process at the same time.

There were some hilarious moments as the participants took turns to be behind and in front of the camera. In the mock interviews people were asked the impossible questions;, "Define sex", "What is the difference between sex and sexuality?", "What do the letters HIV stand for?" Questions any expert would have difficulty answering. During the workshop the participants were taught to formulate questions that would elicit better responses and to phrase them in a more personal, youth-friendly way.

Antoinette had this to say about filming; "Being involved in the filming process and creativity was to me also a big learning experience. It feels wonderful to have your own images and thoughts put onto film"

Sometimes all the organisation beforehand does not prepare you for the actual day of shooting where any number of unexpected variables have to be dealt with. Shameema filmed in the late afternoon and the light disappeared fast just as she was receiving interesting responses from her subjects. Linda chose to film outside and it started raining. Zandi had difficulties finding young people to speak to, the young woman she wanted to include was refused permission to appear in the documentary by her parents. These were just some of the obstacles the young directors had to deal with. 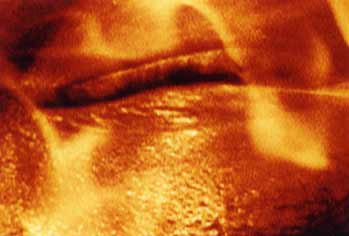 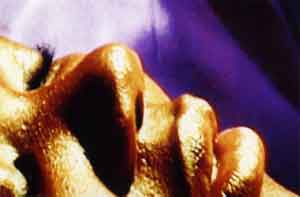